The Incredible Story of Camille Varacalli

Today, we have another fantastic story to share, a story of resilience, courage, and above everything, victory. I'm joined by Camille Varacalli and the Director and Screenwriter Amos Poe.

Camille is working on her memoir called "Married to the mob?" and throughout our conversation, we travel back in time to remember some of her journey's details. Amos, considered the father of modern American independent cinema, is working on a series based on Camille's story, called "How the F... did I get here?

In this episode, Camille gives us an outline of her life story, from her first romantic disappointment, when her father interrupted her relationship with Ronnie, a teenager recovering from severe drug addiction, to her last marriage, which almost put her in jail. Camille also shares the tragic end of her first husband, Joey, who was linked with the Rampers, a ruthless gang from Bensonhurst.

In this special episode of Our Fighting Spirit, Anthony is joined by sisters Yana and Oksana. Although Oksana is in the US, Yana is in Ukraine during this horrendous time. She shares her story of what it's like being in a war-torn country, and how she is getting through each day.

The Incredible Story of Rico Corrubia

After finishing film school, Rico Corrubia was doing drama therapy at the Children's Hospital in Washington DC to help families navigate the tough process of having their kids hospitalized. Although he felt his life wasn't moving in any particular direction, he had decided to get an advanced degree.

Before going back to school, a friend convinced him to take a summer job in Atlantic City. The payment was excellent, and he would work in sound production, so he decided to give it a shot. Rico immediately fell in love with the community and atmosphere, and he mastered the craft in no time. The next thing he knew, he was behind a console, and on the stage, Frank Sinatra was singing.

Fast forward many years, Rico became a legend in the entertainment industry; he worked and traveled the world with stars like Frank Sinatra, Liza Minelli, Christina Aguilera, and Michael Crawford, to name a few. Rico also worked in Broadway with Andrew Lloyd Webber and charitable functions like "Broadway Barks" and "Rockers on Broadway." But one day, he felt a slight discomfort in the chest, which was diagnosed as a pulled shoulder muscle, and ended up being an aneurysm. The diagnosis felt like a kick in the teeth to Rico and his family, but unfortunately, the challenges he would have to face were just warming up.

In this episode, I'm joined by Rico Corrubia and his family, his wife Rebecca, and his son Lucas. We delve into Rico's unfortunate outcome spawned by the defective care he received at the hospital after his open-heart surgery. Together, we go through the entire process he and his family went through, dealing with the hospital's negligence that cost him his fingers and toes and the lack of accountability from the hospital's authorities.

You can connect with Rico on LinkedIn: https://www.linkedin.com/in/lucas-rico-corrubia-3004167/

Overcoming the Odds To a Hollywood Career

Mario is an Actor, Author, and Stand-up comedian, who performed in 13 movies, including Cugini, The Hard Way, and 54, to name some of them. Mario also participated in NYPD Blue as Lucky Luciano and was hosted live at Jimmy Kimmel's show.

Several months after Mario was born, the doctors discovered his pituitary gland, responsible for producing the growth hormone, was damaged. This caused him to grow-up coming in and out of hospitals, being needled and poked throughout most of his childhood, and becoming an adult looking like a teenager.

However, nothing of all this stopped Mario from living his dream. His charisma and likeability never stopped growing, and his confidence and perseverance helped him land multiple roles and create incredible career opportunities.

Throughout this episode, we dive deep into Mario's career in the show biz, his relentless approach to celebrities and his positive attitude to live and enjoy life. We also talk about what led him to write his book, "From Hopeless to Hollywood," his experiences in NYPD Blue and how he landed that role, the time he met Bill Cosby, and the amazing story of how he ended up being at Jimmy Kimmel's show.

Get Mario's book on Amazon:

Turning Childhood Health Issues Into a Path of Helping Others

Our first guest, Sophia Gigante, sums up Our Fighting Spirit's essence, not only for fighting and conquering obstacles that most people wouldn't, but because she devotes her time to helping others overcome theirs.

She is a Certified Personal Trainer, a Certified Sports Nutrition Specialist, Author of the book "Strength, Resilience, Growth: How I Defied Physical and Mental Limitations and Took Control of My Future," and Host of The SRG Way podcast. Sophia recently got her degree as a Health Coach from Arizona State University and started her own podcast, The SRG Way.

In this episode, we delve into the importance of having a structured and well-rounded mindset, focusing on our goals, and leaving the negative energy from gloomy opinions aside. Sophia shared her background story and the health issues she had to deal with during her childhood. We go through her thriving business, SRG Fitness, and why she decided to take a step forward during the pandemic instead of drawing back as most companies did. In addition, Sophia talked about how writing her book changed her life, her role at the Hydrocephalus Association, and how the love for what she does help her turn work into a permanent vacation.

Listen to her podcast: https://www.audible.com/pd/Podcast/B08K573YX3 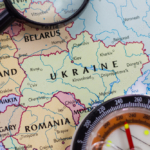